Merry Christmas to all our members and visitors to our website.
Have a prosperous 2015 !
Posted by Gary T at 10:22 0 comments

Our final talk of 2014 is tonight (Tuesday 16 December) and is being given by David Carson, Chairman of Clydebank Local History Society.  His topic is the Clydebank Blitz.
Clydebank and nearby parts of Glasgow suffered the heaviest civilian casualties in Scotland due to Geman bombing during the early years of World War II. Many of our members, who were very young in 1941, can still recall hearing the Nazi aircraft flying overhead and being able to see the glow of burning fires away in the distance.
The only fatalities in Kilmarnock as a result of enemy bombing were killed in the early hours of Tuesday May 6 1941.  The 4 victims were living in flats in Culzean Crescent and the houses were struck by one bomb from a single aircraft, although the aircraft dropped 14 bombs in total, in a line from around New Farm Loch, across Kilmarnock Cemetery, Culzean Crescent and finally Riccarton Moss. 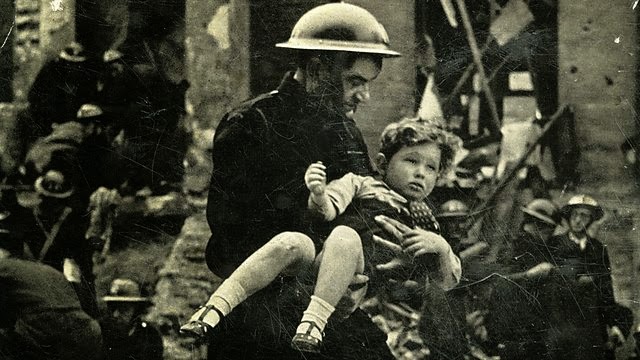