KDHG office bearers Stuart, Graham and Gary recently toured the new Kilmarnock Campus of Ayrshire College.
Although very much a building site, the building is nearing completion and will be ready to welcome student in September this year.
It is hard to believe that the building is not significantly different in size from the existing campus as it is a truly imposing modern structure.
It remains to be seen if our lectures will be held in the new college from 2016-17 onwards as we need to determine if the proposed lecture space is fit for our needs. This will become clearer after June when the Ayrshire College are handed the building. Members will be kept advised in good time. 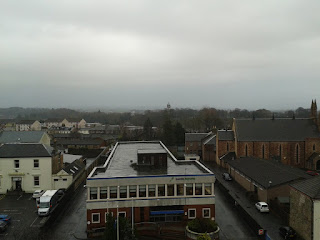 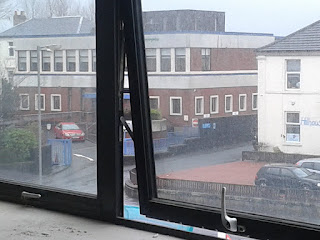 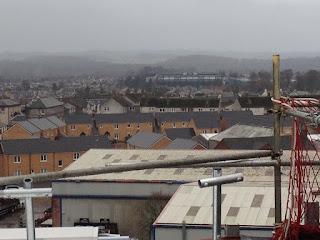 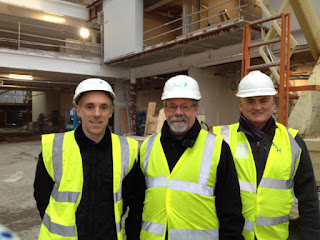 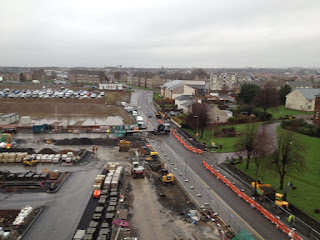 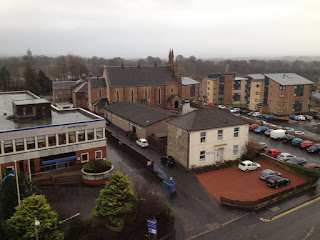 Posted by Kilmarnock and District History Group at 16:20 0 comments

Our speaker on Tuesday 19 February 2016 is Robin Nelson, a native of Falkirk now resident in Troon.

Robin is well qualified to speak to us about this terrible railway disaster, having spent a career in the employ of British Railways and more specifically in the Signal and Telecommunications Engineering Department.
In 1993 he was President of the Institution of Railway Signal Engineers.

Battle of the Somme - Note Change of Venue

The Battle of the Somme took place between 1 July and 18 November 1916 on either side of the River Somme in northern France. It was one of the  largest confrontations of World War I, in which more than 1,000,000 men were wounded or killed, making it one of the bloodiest battles in human history.

The first day on the Somme is described by some as the worst day in the history of the British Army, which had around 57,470 casualties, mainly on the front between the Albert–Bapaume road and Gommecourt where the attack was defeated and few British troops reached the German front line. The British Army on the Somme at that time was a mixture of the remains of the pre-war regular army, the Territorial Force and the Kitchener Army, which was partly composed of "Pals Battalions" recruited from the same cities, towns or occupations.
The battle is also remembered for the importance of air power and the first use of the "tank" in warfare.

Our speaker tonight is former Principal Teacher of History, Bill Fitzpatrick who visited this battlefield area on many occasions when he organised visits for his pupils to the Commonwealth War Cemeteries.
We look forward to what will be a most interesting and informative talk.
Posted by docken56 at 16:00 0 comments

The Kilmarnock Campus of Ayrshire College will be closed this evening (5 January 2016). Consequently tonight's meeting of Kilmarnock and District History Group has been relocated to New Laigh Kirk Hall in John Finnie Street.
Please pass on this message to any members you know who may not have IT links.

Apologies for any inconvenience caused.
Posted by docken56 at 15:29 0 comments