Professor Danny Gorman has sent me this link to some fabulous photos of RMS Titanic lying on the seabed. 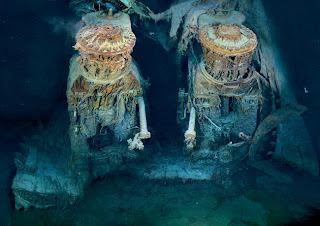 In the above photo, two of Titanic’s engines lie exposed in a gaping cross section of the stern. Draped in “rusticles” - orange stalactites created by iron-eating bacteria -these massive structures, four storeys-tall, once powered the largest moving man-made object on Earth.

Why Do Ships Still Hit Icebergs?

As a follow-up to Bill Fitzpatrick's talk on the sinking of RMS Titanic, this interesting article looks at the problems that icebergs still cause even today with all our modern technology.

Shortly before midnight on 14 April 1912, the Titanic struck an iceberg and sank less than three hours later. The tragedy galvanised world leaders to hold the first Safety of Life at Sea convention to address the iceberg threat.

With only visual sightings and a shipboard radio to guide the Titanic safely through iceberg-infested waters, the liner was ill-equipped to detect its nemesis.

The conference after the sinking resulted in the International Ice Patrol (IIP), which was assigned to monitor "Iceberg Alley", the infamous stretch of ocean around Newfoundland. The IIP has been monitoring the area ever since, using aerial patrols and radar to determine the limits of iceberg danger, which they broadcast in a daily bulletin. 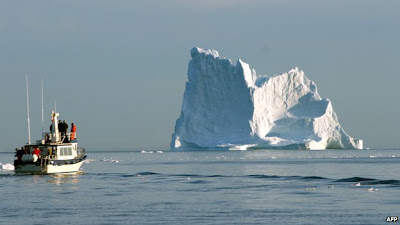 An image of Atlantic Canada taken on March 2, 2012 by MODIS satellite. This image highlights the growth of fast ice along the Labrador coast as well as the consolidated first year ice in Lake Melville. 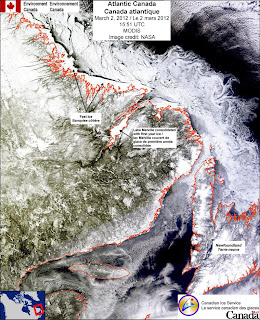 Final Meeting for this Session + AGM

Reminder
Our AGM will take place at 7.30pm on Tuesday 20 March in the LectureTheatre of Kilmarnock College, prior to Bill Fitzpatrick's talk on RMS Titanic.

" The Titanic – The Beloved, The Damned & The Forgotten"

If you haven't attended any of our meetings before, then come along on Tuesday 20th for a taster.  You'll be made very welcome.

If you want to learn more about the tragedy of the Titanic, go to

This website has masses of interesting information about the ship, its crew and its passengers.

The Romans in Scotland

Our speaker on Tuesday 6 March is Dr. June Neilson. 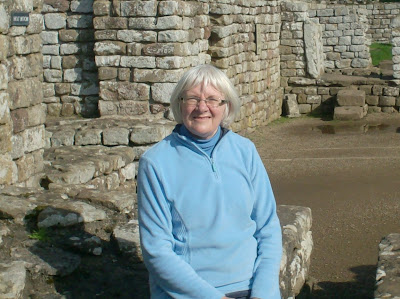 Dr Neilson's talk will start with a short background to the Roman conquest of Britain. She will then concentrate, chronologically, on the three incursions into Scotland by the Romans, under the command of:-

These events will be illustrated by an examination of the appropriate literary and archaeological evidence. Finally, all these invasions will be brought together by considering their effects - the Romanisation of Scotland. 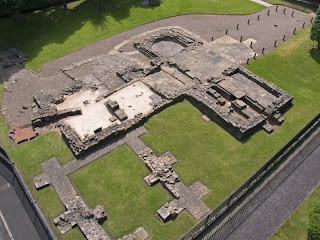 Dr Neilson has very kindly provided a list of recommended books, suitable websites and historical sites etc. to visit, for those who wish to delve deeper into the subject.

Some Sites to Visit 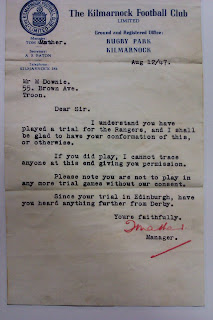 This letter was recently given to the Killie Trust by a Kilmarnock fan who found it in their loft.
It looks like Mr Downie is getting a telling off !
Can anyone cast light on where Mr Downie ended up playing, or is he related to you ?

(If you click on the letter it will enlarge for you)
Posted by Kilmarnock and District History Group at 16:40 3 comments