Our talk on Tuesday 29 November is by John Steele, who is speaking to us about the history of HMS Dasher and its unexplained sinking on 27 March 1943.  John has spoken to us before, a few years ago now,  on this topic, but he has apparently uncovered more information about the ship and her tragic end.  He also believes that one of the bodies from the accident was used in the deception known as "The Man Who Never Was"; when a body was put into the sea by submarine in 1943 off the coast near Huelva in Spain; in an attempt to fool the German High Command about the Allied landings in Italy.  This operation is also referred to as Operation Mincemeat.
The following article makes interesting reading 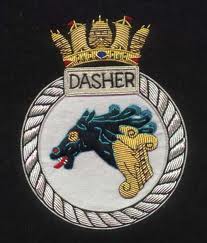 We look forward to an informative evening on Tuesday

Window-gazing in Kilmarnock town centre recently got a whole lot more interesting, as some empty spaces have now been filled up with bright, modern artwork.
Catching the eyes of shoppers are colourful graffiti boards brightening up shop windows at the Johnnie Walker Bond in Strand Street.
The boards were created by children who attended dance and graffiti art sessions in James Hamilton Academy during the  summer holidays. The P4-S6 boys and girls worked with artists Brian McFeely and Chris Young, from Edinburgh-based MS Creative.  Prior to the workshops, the children had been taken around Kilmarnock's Historical Town Trail by Graham Boyd of Kilmarnock & District History Group.  Graham provided most of the information for themes which were later developed at art and dance classes.
Pupils attended two dance classes and one art workshop each day and designed t-shirts as well as a range of large mdf backboards featuring their graffiti art.
East Ayrshire Council Dance Motivator Zara Smith said: “The idea behind it was to create art which reflected the history and heritage of Kilmarnock in a modern and exciting way that the children would enjoy. As well as the artwork, the participants learned dances to go along with the hip hop and graffiti culture”.
Councillor Jim Roberts, Spokesperson for Lifelong Learning, said: “This very popular summer school’s aim was to reflect the rich heritage of the local community and to express this through art and dance.
“The graffiti artworks set in traditional shop windows highlight the connection between Kilmarnock’s past and the culture of today’s young people in the town, which is as rich and vibrant as ever.”
Councillor Bobby McDill, Spokesperson for Delivering Community Regeneration, said: “The young people’s work is fantastic and shows they are talented not only in dance, but also in art. The graffiti boards really brighten up the spaces and will look great in the run-up to Christmas. I’m delighted to see such an innovative idea in place”. 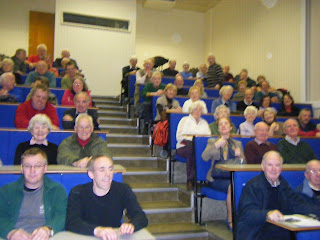 Last night's talk in the Dick Institute by Stuart Wilson attracted an audience of around 50 despite the horrible weather.  He spoke about the activities in 3 particular companies;Andrew Barclay & Son; Glenfield & Kennedy and Blackwood& Morton (BMK).  Stuart paid tribute to the contribution to the war effort made by these firms and especially to the part played by the women who served in WINS (Women's Industrial National Service).
There were many interesting contributions from members of the audience, including several from a delightful lady who had actually worked in the "Glen" during WW II.  In describing her efforts to operate what she described as a"terrible machine", she added with a smile; "It's where I learned to swear!" 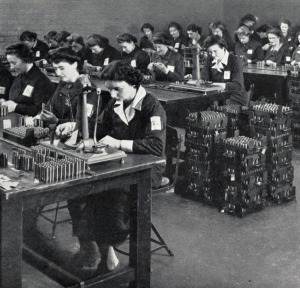 Here is a link to the Tom Lehrer song of which Colin played a brief part during his talk . 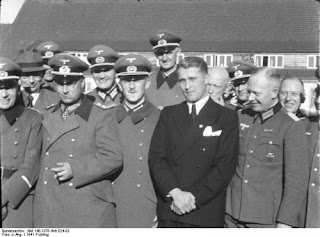 Yes! It IS rocket science.

Our speaker on Tuesday 15 November is one of our own members, Colin Barbour, who teaches Physics at St.Joseph's Academy in Kilmarnock.  The title of his talk is, "From von Braun to the Moon Landing.".  He will be telling us about the scientists and engineers who developed the V1 and V2 rockets in Nazi Germany and how the personnel and technologies of these projects made their way to the USA and formed the basis of the American programme to land a man on the Moon.

As always, come early to be sure of a good seat. 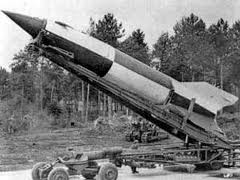 Do any sporting historians out there have any knowledge of Rugby XI from Kilmarnock?
They seem to have existed between 1889 & 1910, being the first Ayrshire team to reach the Scottish Junior Cup final. They played at Rugby Park and may have been Kilmarnock reserves, but this is not clear.
I do know that the line up for the final, which was lost to Maryhill in 1900, was; McLung, Robertson, Banks, Higgins, Johnstone, Woodburn, McIntyre, Parker, Green, Graham & Aitchison.

If you have any information, please contact me on members@kilmarnockhistory.co.uk Thanks
Posted by Gary T at 11:40 1 comments 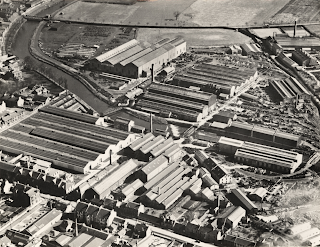 An aerial view of the Glenfield & Kennedy Works, Kilmarnock (date unknown)
Our President, Stuart Wilson, is giving an illustrated talk on the work carried out during World War II by some of Kilmarnock's main manufacturers, including BMK and Glenfield & Kennedy.  There will be an opportunity after his talk for members of the audience to make their own contributions to this topic.  Admission is free but tickets should be obtaineds in advance from the Dick Institute museum service. (Contact:- stanley.sarsfield@east-ayrshire.gov.uk )
The talk will take place on Thursday 24 November 2011, upstairs in the Dick Institute Museum at 6pm.
Posted by docken56 at 12:39 0 comments

Early Origins of Football in Scotland

Football may be older than we think. Evidence uncovered at the National Library of Scotland has suggested that Scots nobles were playing with 'fut ballis' back in the 15th century!
Scottish Football Museum curator Richard McBrearty discovered a manuscript of accounts from King James IV that showed he paid two shillings for a bag of 'fut ballis' as early as 11 April, 1497. The accounts of small football matches taking place in the grounds of castles suggest the game in its current form is much older than officially documented, and may have originated in Scotland! Several diaries at the National Library of Scotland describe the games played for royals, which featured smaller pitches and teams of ten.
Another game we gave the world.  So that makes three(at least):- curling, golf and now football.
Posted by docken56 at 12:30 0 comments