Oldest in the World

Our speaker on Tuesday night (27 November) is Duncan Close from Sanquhar, who will be telling us a bit about the oldest post office in the world. 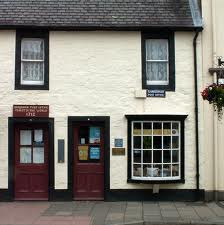 The Sanquhar post office had long been accepted as the oldest in Britain  It has been operating since 1712 and is now reckoned to be the oldest in the world..
At the time the post office started, the Crowns of England and Scotland had not long been united. There was considerable activity in the border areas of both lands and one of the most important and influential families of the day was the Crichton family, who owned Sanquhar Castle.
In 1712 a service known as the "Nithsdale cross-post" was established, with mail-runners on horseback delivering messages among the landed gentry on both sides of the Scottish-English border.
When  Robert Burns was alive in the latter part of the 18th century, he was great friends with the owner of Sanquhar post office, and the fireplace in the living room of the building was constructed from elm trees grown by Burns at his farm at Ellisland Farm, near Dumfries.

Come along on Tuesday night and learn more.
Posted by docken56 at 19:47 0 comments

Please note that there will be a change of programme for our meeting on Tuesday 11 December 2012.  The speaker will no longer be Mr. Richardson from Beith.  Instead it will be Norman Deeley, who will be speaking to us about the Goatfell Murder.
Consequently, we do not yet have a speaker for our final meeting on Tuesday 19 March 2013, since Mr Deeley was supposed to be our speaker on that night.  Watch this space for more information about that evening's speaker.
We are extremely grateful to Norman for agreeing to this change of schedule.
Posted by docken56 at 14:58 0 comments

Tonight's(13 November) speaker is Paula Williams Senior Map Curator at the National Library of Scotland's Map Collections.  We are regularly asked questions about the location of particular long-gone streets in Kilmarnock or where a certain farm was situated.  So, if you have any questions of that sort, this evening's meeting just might be the opportunity to have them answered.
We meet in Kilmarnock College, Holehouse Road, starting at 7.30pm.  As always, if you want to be sure of a good seat, be there early. 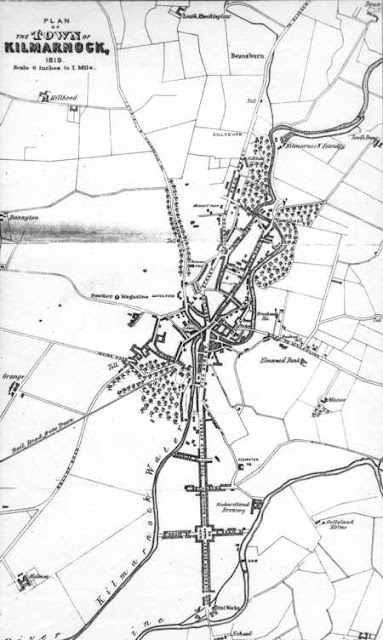 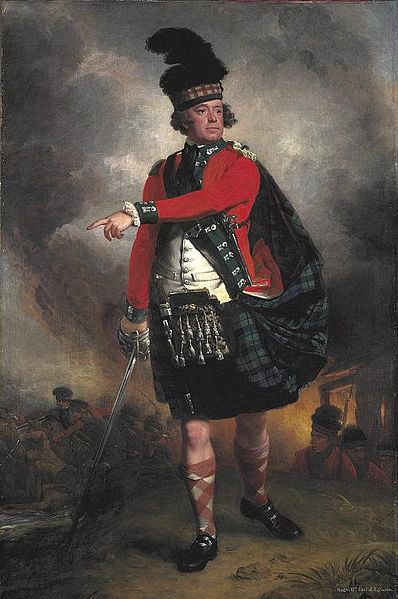 Montgomerie was styled Lord Montgomerie from 1769, and sat as a Member of Parliament for Ayrshire off and on from 1780 to 1796. That year he became Lord Lieutenant of Ayrshire, which post he held until his death.
In 1798, having previously succeeded to the earldom through his third cousin, he was elected a representative peer and moved to the House of Lords. In 1806 he was created Baron Ardrossan in the Peerage of the United Kingdom, enabling him to sit the Lords in his own right. He was made a Knight of the Thistle in 1814.
As large ships were unable to reach Glasgow due to silting of the River Clyde, Montgomerie promoted and partially funded the Glasgow, Paisley and Ardrossan Canal. However funds ran out and the canal was only constructed from Glasgow to Johnstone via Paisley. The Glasgow terminus of the canal was at Port Eglinton. Though the wharf is now filled in, the neighbouring Eglinton Street still bears his name. Preparatory work on the canal from the new harbour created at Ardrossan was used as the basis for Glasgow Street, which is the main thoroughfare of the town.
He is responsible for the erection of the Beacon Tower on Horse Island just outside Ardrossan Harbour, following a suggestion made to him by the Arctic explorer Sir John Clark Ross
Montgomerie was an amateur composer and cellist. His best known work is the dance tune "Ayrshire Lasses".