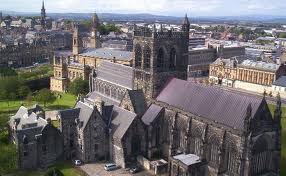 The University of the West of Scotland (UWS) is hosting a free public screening of a documentary about Paisley's medieval past at its Paisley Campus (P Block) on Friday 21 June 2013, 12.30pm.

The 33-minute documentary, Down the Great Drain, centres on the recent archaeological investigation of Paisley Abbey and its unique monastic drain. The drain has produced important artefacts and valuable information providing new insights into Paisley’s role as a significant religious, cultural and commercial centre in medieval times.

The documentary was produced and directed by filmmaker Tony Grace and narrated by Jane Robertson, who are both Senior Lecturers in the University’s School of Creative and Cultural Industries.

A buffet lunch will be available after the screening and Q&A for project partners and collaborators.